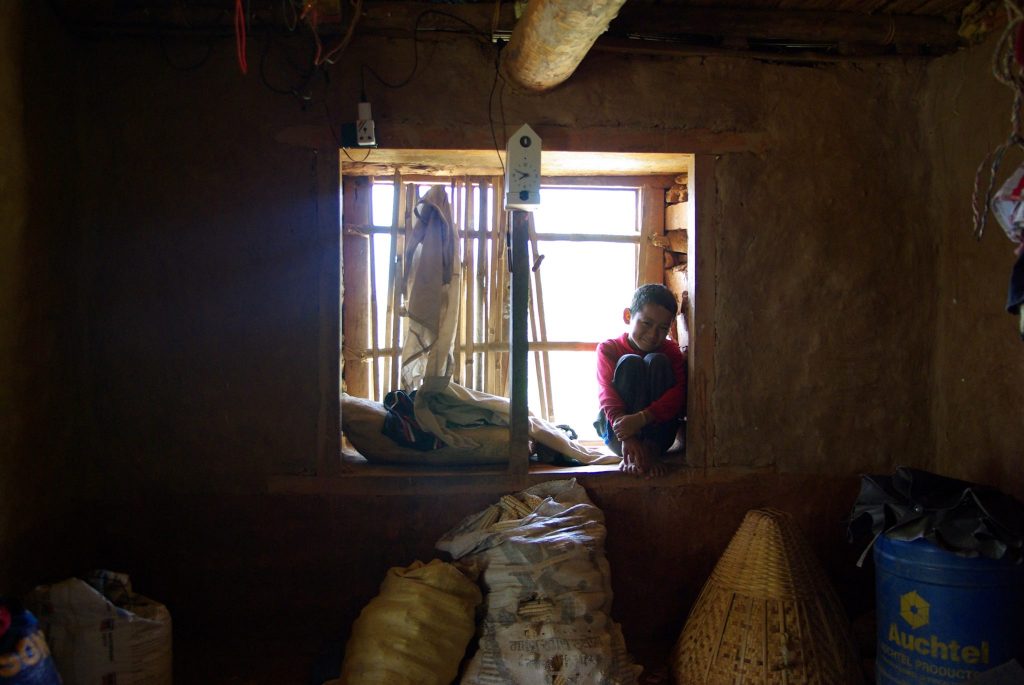 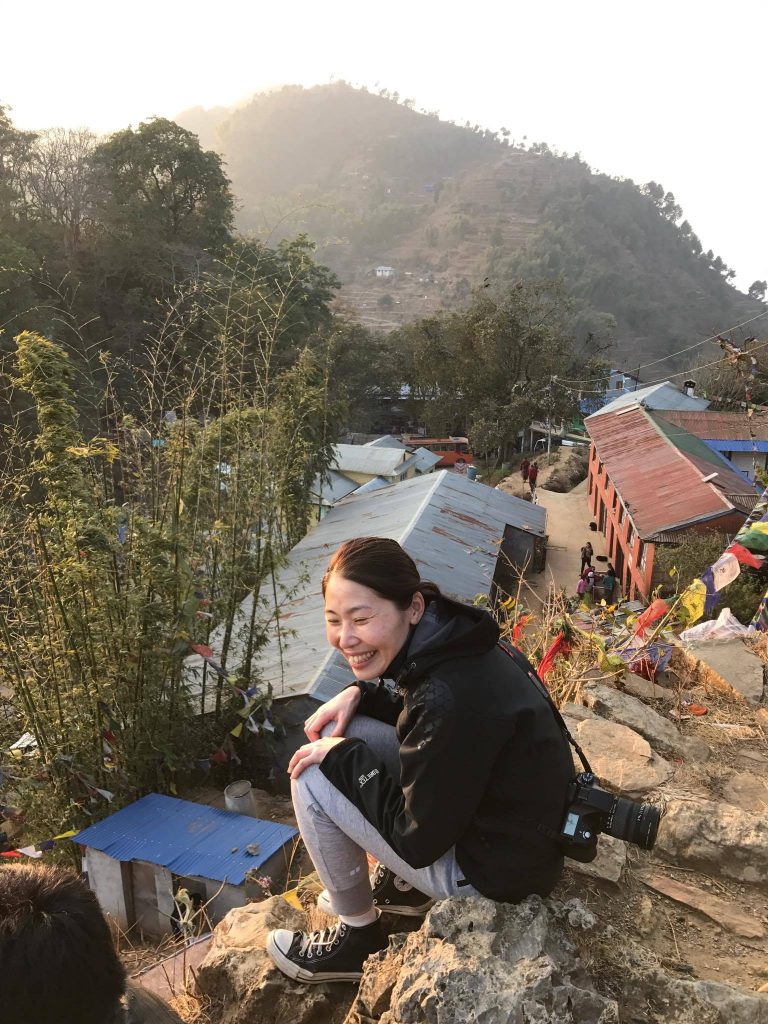 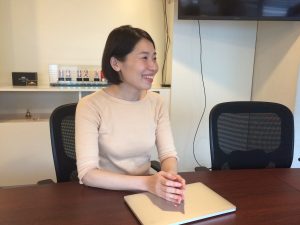 A company that “infrastructurizes” omoiyari (Japanese word meaning ‘compassion’ or ‘being thoughtful of others’) called OQTA is currently working on a new project.
Drive along a mountain road for about 10 hours from the capital city of Nepal, Kathmandu, and you’ll find the village. It’s called Khotang and this village is where their project has been launched. The project leader Kotobuki Naka is exerting herself to create what they call “happy circulation.” 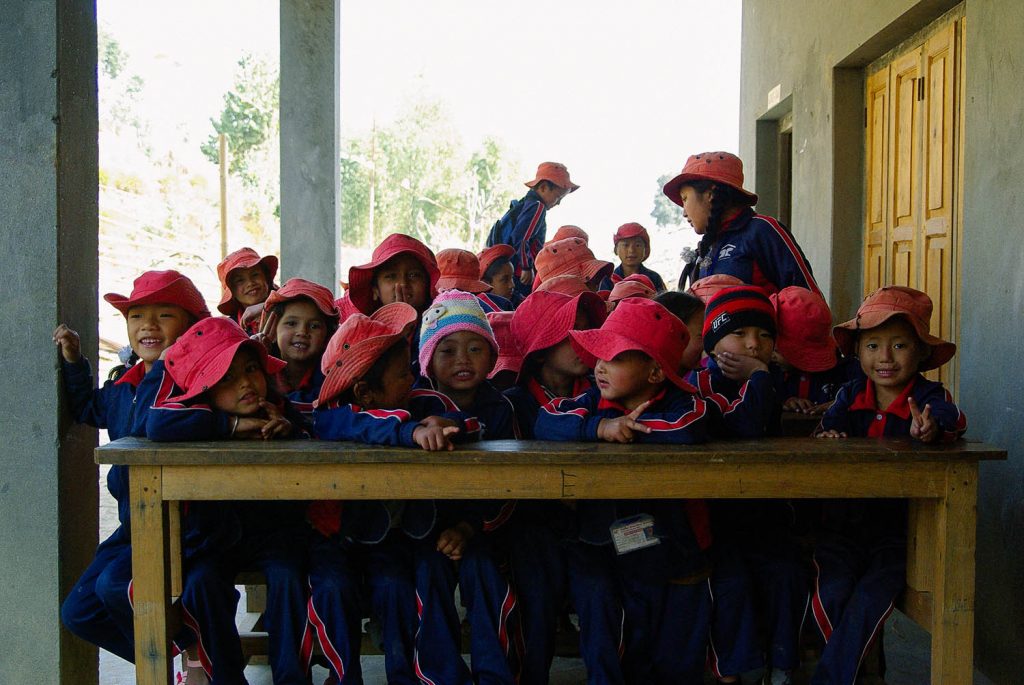 It all started when we met a Nepali man called Sharad Rai. He was born in a mountainous area of Khotang, but he was selected as a scholarship student from a prestigious school when he was a junior and senior high school student. After that he studied abroad in Japan and he’s currently working at one of the biggest companies in Tokyo. Unfortunately, however, such a successful person as Rai is very unusual in Nepal.
Khotang has neither sufficient infrastructure to provide electricity or water nor local specialties or even jobs. His friends, who couldn’t go on to higher level of education, have to leave the village for work. Rai got shocked at the reality, but at the same time he realized that he could give their children good education even if there was nothing he could do for his own friends.
He was still a student when he established YouMe School in Khotang with his own money in 2011. The principle is “Pay Back to Society”; the school requires a very small fee and gives all lessons in English. This is the sixth year since the establishment of YouMe School. It has approximately 150 students and is said to be a hope of the village by local people.

-One of the school buildings of YouMe School; at first they were built of wood and bamboo. 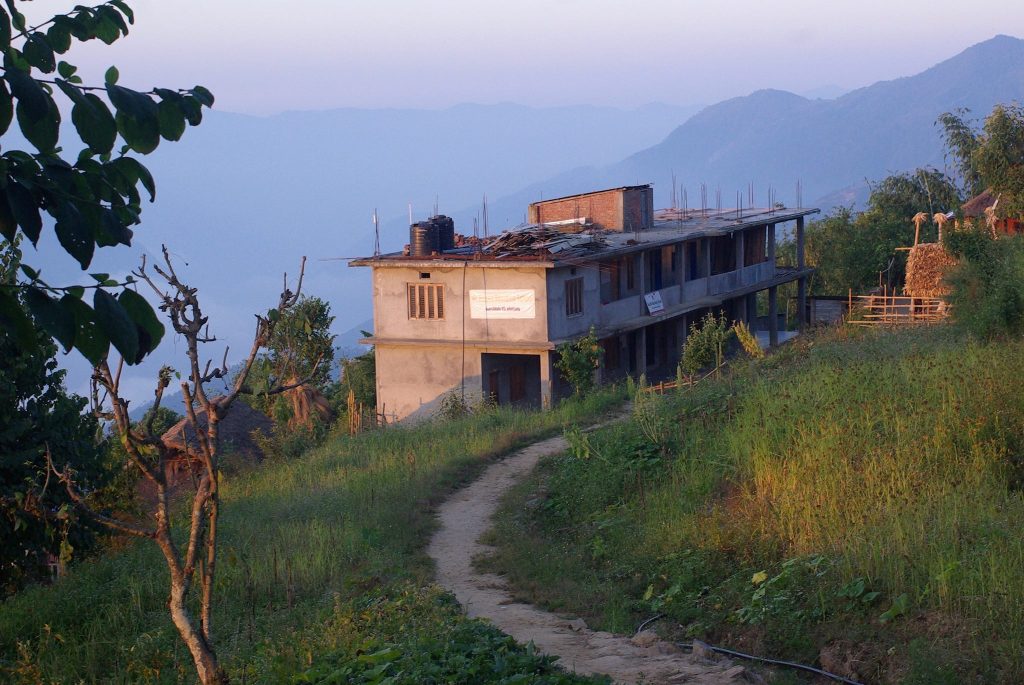 I was very impressed by what he had done and aimed at. After a while, when we OQTA members thought of the concept of our company, we gradually realized that the OQTA system of connecting people’s hearts over distance would go well with donation. That’s how OQTA’s NepalProject started.

●Connect local people and their supporters in the long run 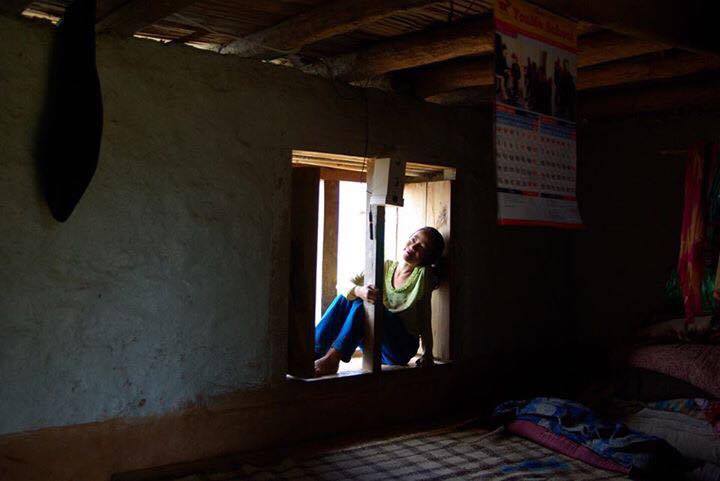 –Could you tell us about the project?

In order to solve big social problems in Nepal Rai told us about before, we have two main plans.
The first one is to build a system which tells local people that they have supporters, by connecting them to each other using OQTA. One of the documentary films I’ve watched pointed out the fact that some sorts of donation could rather prevent local people from becoming independent as they go through some organization. It’s a shame that the pure donation from the supporters results in such a tragedy. However, OQTA is able to connect people with each other directly and support real independence. 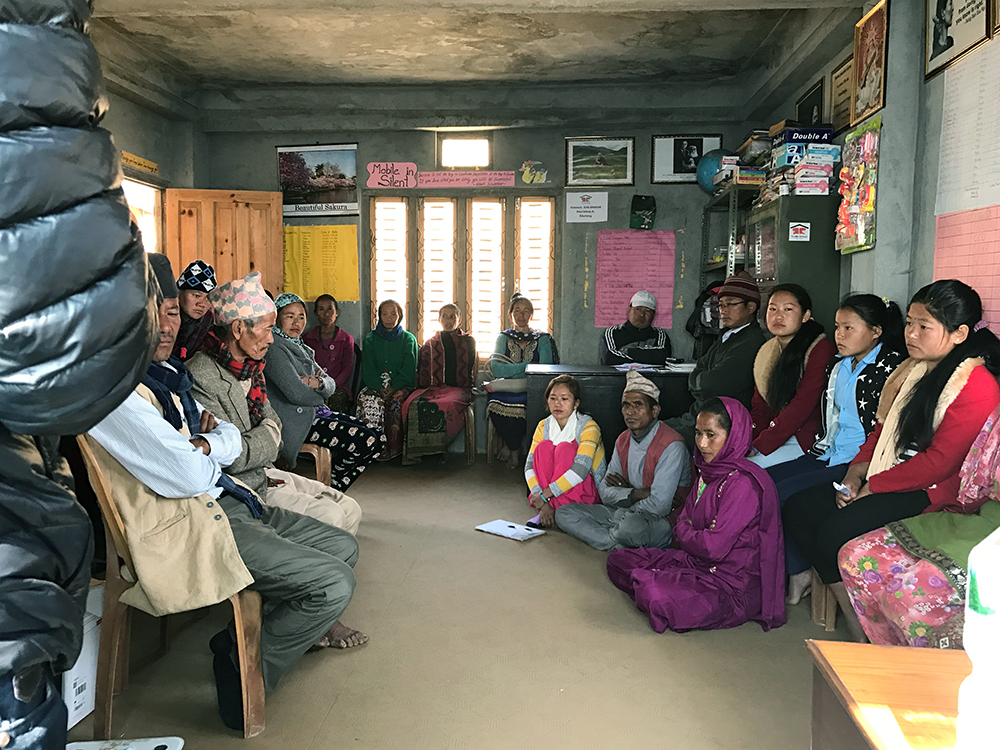 The other plan is to create more job opportunities in the village. Rai once said, “Nepali people don’t have enough knowledge to produce things although they have good resources.” What a waste!
To solve this problem, we decided to establish a company together with parents of children from YouMe School and create a local specialty by helping them learn branding strategy and commercialization from Japan. Our goal is not only to create jobs but also to create chances for local people to develop themselves. We will help them organize the company to the better end, so people in Khotang can become independent on their own. It’s necessary to build good relationships with new people when you launch a new project. YouMe School are playing an important role as the foundation of our relationships. 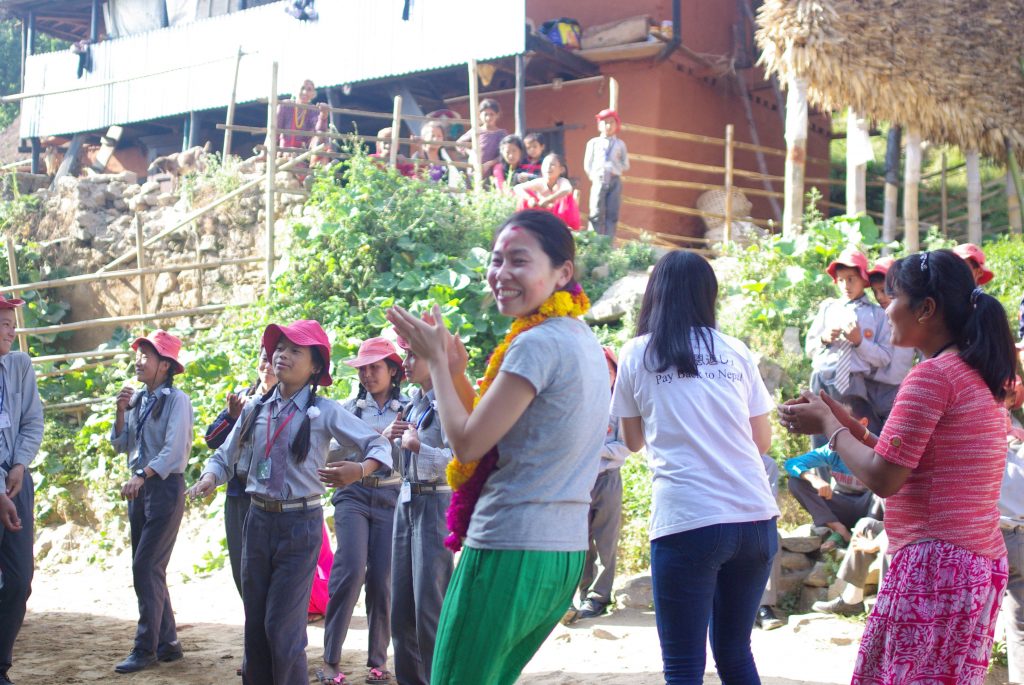 These two plans will actually be linked to each other in the future. At present people have to leave the village and go to the city after they graduate from YouMe School because there’s no jobs in Khotang. The village will lose young labor after all and the situation will never change. But what if they have a company attractive enough to stay in the village? Our plans will foster their independence in the long run.
What’s more, local people can give their supporters feedback indirectly if they could send the supporters local specialties, while OQTA provides a one-way communication and doesn’t give supporters direct feedback.

●I can’t help thinking of Tanaka! 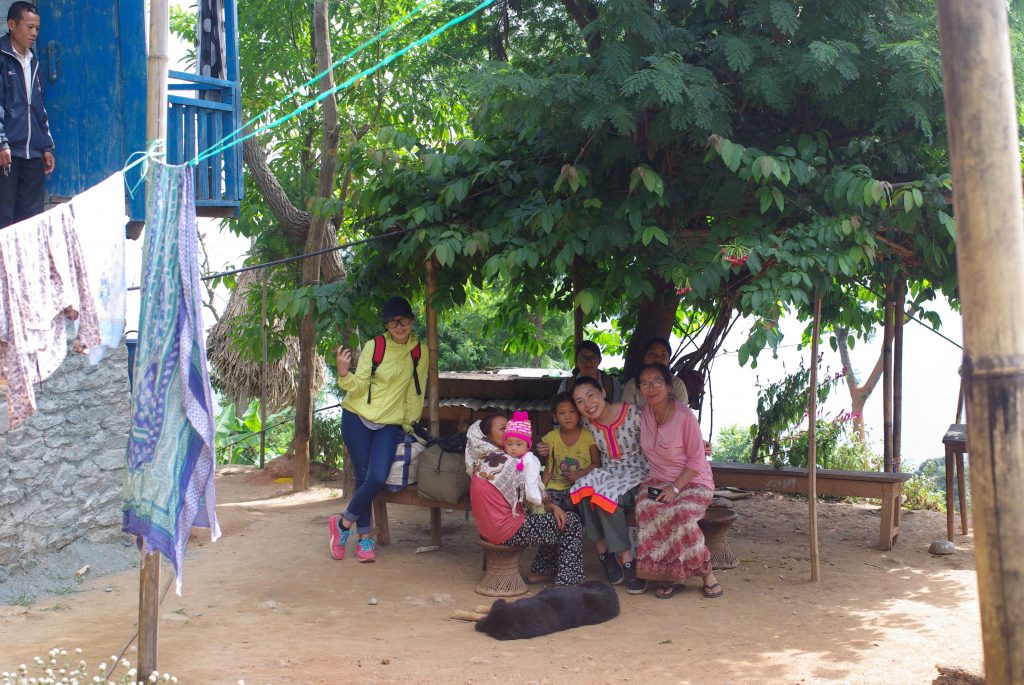 –How have you changed after you started to join the project?

I visited Nepal last November for the first time, and then I gave a cuckoo-clock-like OQTA to an 11-year-old boy who are living in Rai’s house because of some circumstance. I called him Tanaka, which sounds like a Japanese family name, as Rai gave it to him as a nickname. When I left Nepal, I told him I would ring the clock and asked him to hear the sound.
Generally speaking, your memory of a short stay gradually fades if you stay in the place only for three days. Nevertheless, I kept sending him sounds almost every day until I visited Khotang again three months later even without noticing it. He was the first person I wanted to see when I got there again. The more sounds I sent him, the better I loved him. That’s when I was really convinced that how many times you think of someone is proportional to how much you think of the person. 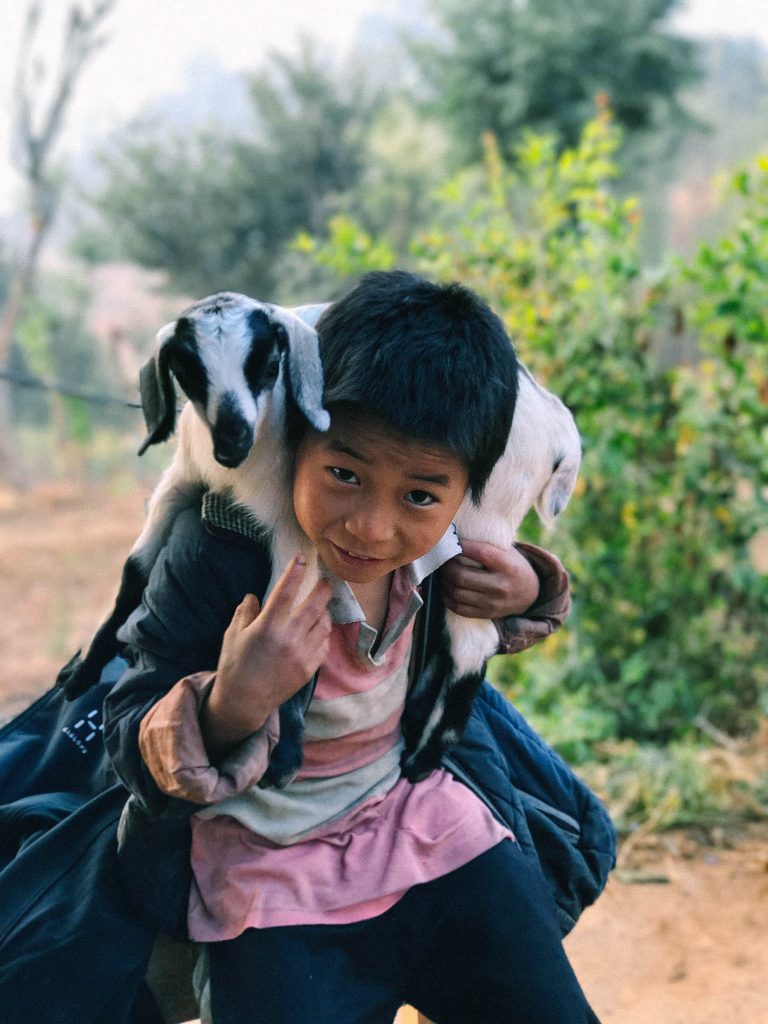 One day Rai’s mother Asha said to me, “Tanaka doesn’t study hard. Can you ring the clock at 5:30 every morning and wake him up, Kotobuki?” At that time, Tanaka always passed exams by the skin of his tooth. It seemed he wasn’t motivated because he started going to school later than other children at the same age and he felt inferiority to them.
For this reason, I agreed to use OQTA that way though it wasn’t the correct way, and I sent him a sound around 5:30 in Nepal every morning. As a result, Asha told me that he had come third in his class at the last exam the other day. I was happy to learn that my support had encouraged him to change.

What I learned from my own experience is that the action of sending only sounds is easy to continue as you never have to worry about language differences. If you add communication to donation, you’ll get closer to local people regardless of language and distance. I call it “happy circulation”: It does not make only one side happy but circulate happiness all the time. It this idea comes true, donation will be defined as not “alms” or “charity” but “building new relationships.”

–What is your vision of future development of the project?

OQTA.Inc is responsible for providing a way of communication so that local people and their supporters will be connected to each other, and we are also supporting the specialty project. We have a mountain of things to do and problems to be solved. Everything is different between Nepal and Japan, so we need to divide work into what people can do only in Nepal and what we can do only in Japan. We are also going to train managers in Nepal and find new members to our project. 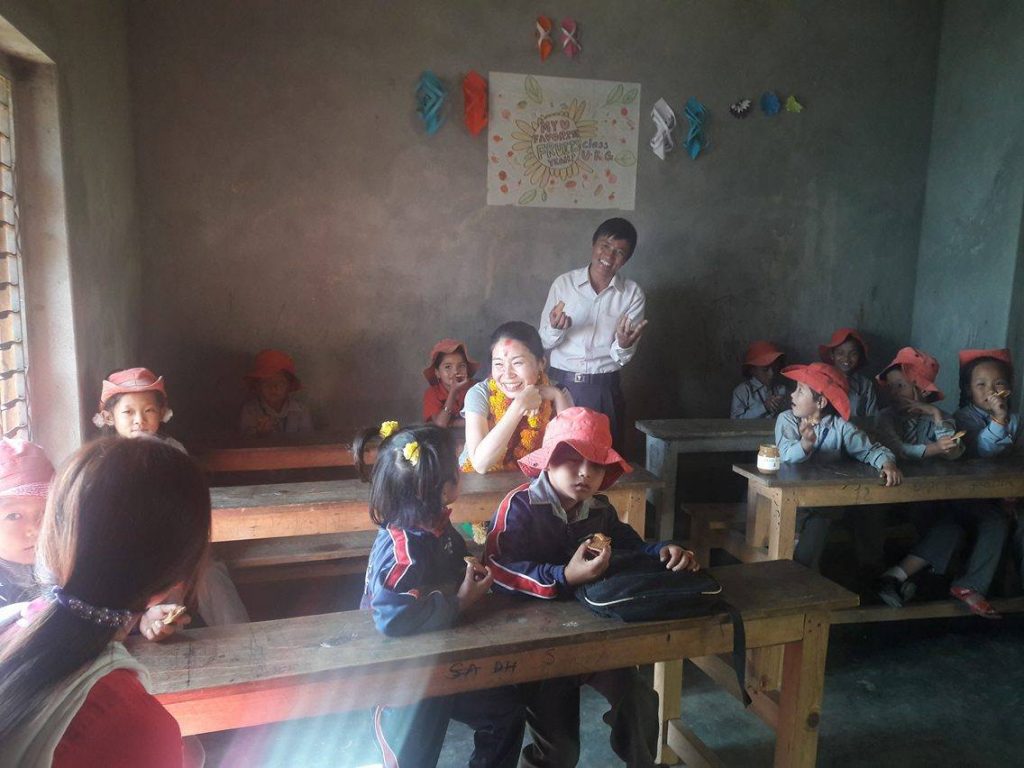 I myself don’t speak Nepali or English well, so I always need an interpreter to discuss anything. I also need help of local people when I come across some difficult or new things. In Japan it’s not easy anymore for me to be helped like a little baby by other people. I’m having a great experience of carrying on the project with the help of great people.

-Nepal has a lot of beautiful sceneries 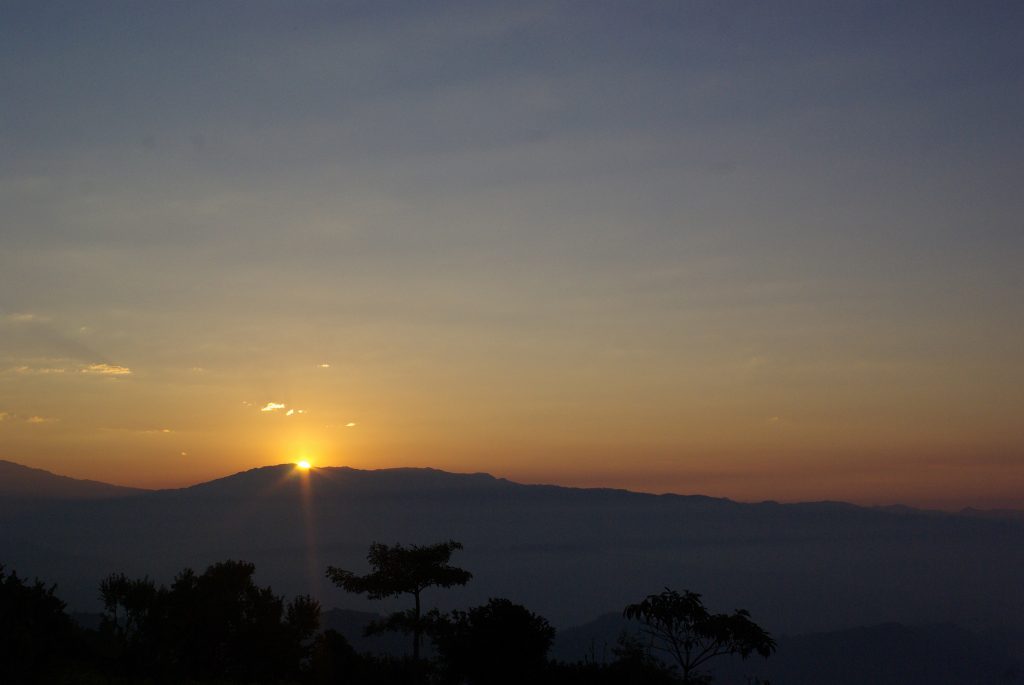 We also have a big issue; that is how to build a connection between local people and their supporters, but I’m sure we can resolve it. I personally have learned how happiness spreads out from my own experience with Tanaka. We will spread this new sense of value using OQTA, which has also started from emotional connection.
It also feels nice that I’m getting stronger and stronger every time I visit Nepal. lol